Starting A Charity: A Simple Guide

According to the latest figures, there are approximately 166,000 charities in the UK, with 132,000 of those in England. In the past ten years, 5,000 new charities have been registered each year, however a similar number merge or close down.

Charities are an important part of the UK’s economy, contributing over £12bn a year, the same amount as the agricultural sector. Charities have a total annual income of nearly £44bn, and employ 827,000 people.

It’s no surprise then, that the charity sector is strictly regulated with specific rules and guidelines that every charity must adhere to. If you’re considering starting a charity, then read on for our simple 10-point guide. 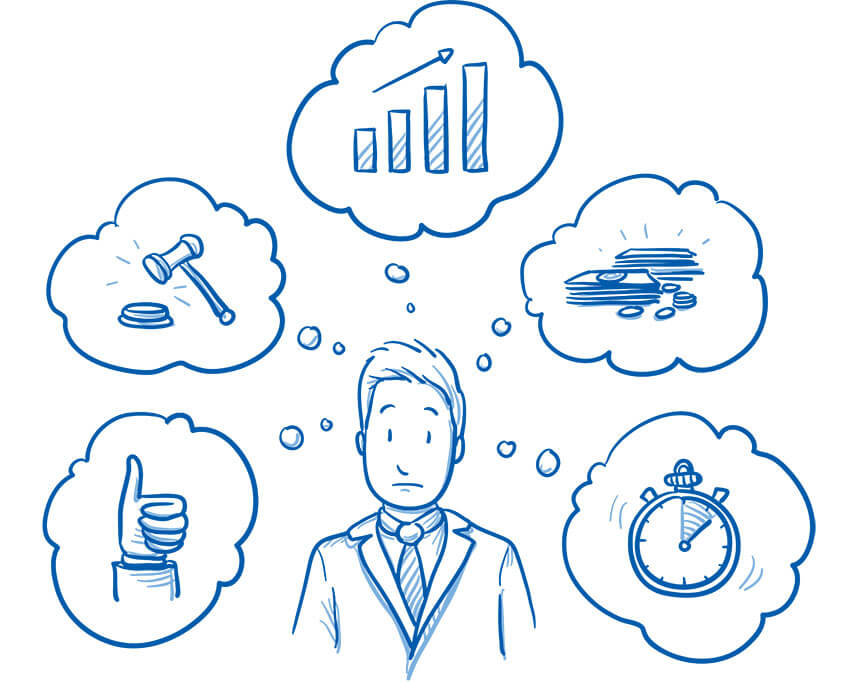 All charities in England and Wales must follow the Charities Act 2011 law that defines what a charity is. This is because charities receive benefits, such as reduced business rates, tax relief, and are eligible for certain types of funding and grants.

According to the law, charities are established for charitable purposes only and are subject to the control of the High Court’s charity law jurisdiction.

Charitable purposes are what your organisation sets out to achieve. This objective must be considered to be for public benefit, and must fall within one of 13 ‘descriptions of purposes’ as defined by law. These include the prevention or relief of poverty, the advancement of animal welfare, and the advancement of environmental protection or improvement.

There are also other factors that indicate your institution falls within the High Court’s charity law jurisdiction, including:

No matter if you’re setting up a small charity or a large one, you must be run by trustees who don’t benefit from the charity, and also be independent in your decision-making. 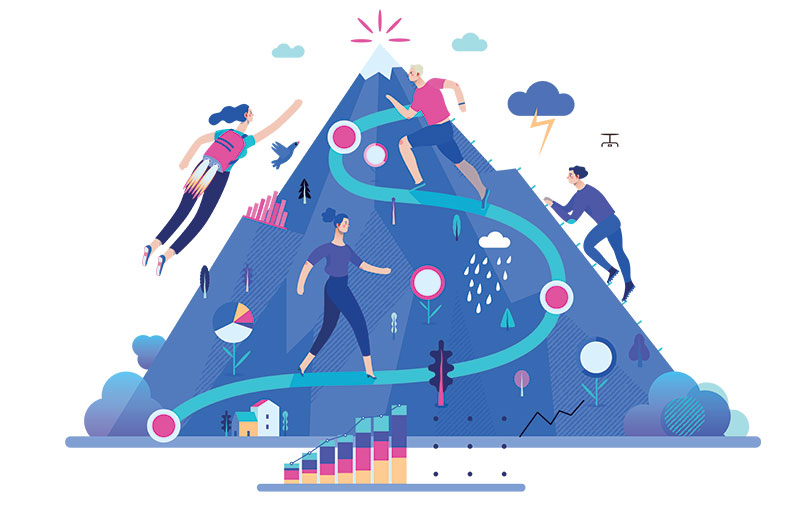 When starting up a charity, you need to consider who you’ll be helping and how – this is the reason your charity will exist. You can have more than one purpose, however they must all be considered as charitable within one of the 13 ‘descriptions of purpose’, and for the benefit of the public, as defined by the law.

Putting your charitable purpose into words is important to include in your governing document (see point six) and for your registration with the Charity Commission (see point ten). A clearly defined purpose will also help with fundraising and other activities.

The government website notes the following and provides this example about what your charity’s purpose should say:

For example: “For the public benefit, the relief and assistance of people in need (what) in any part of the world (where) who are the victims of war or natural disaster or catastrophe (who) in particular by supplying them with medical aid (how)”.

Once you have your charitable purpose, you can then develop your vision and mission statements. A vision is aspirational and future-based, stating at the highest level what you want to achieve in the long term.

Your mission statement should be present-based and all about what you’re doing right now. It should be actionable and include specific, measurable, achievable and challenging goals.

Next, create a set of values for your charity. These are the guiding principles that you’ll manage your charity by, for example: ‘value: integrity – to be honest at all times’. 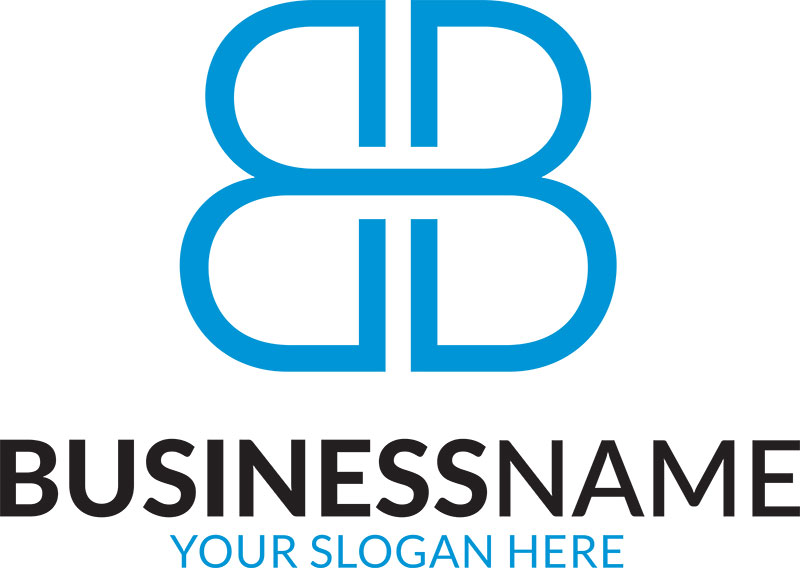 Choosing the right name is an important part of starting a charity. Your name must be relevant to your purpose and encourage people to donate.

It can be descriptive, making it obvious what the function of the charity is, e.g. British Heart Foundation. Or your new charity could be named for an individual, perhaps in their memory, e.g. Ellen MacArthur Cancer Trust.

You must also consider the law when naming your charity. Your charity name must not:

You can also include additional names, such as abbreviations or alternative names. For example, the Royal Society for the Prevention of Cruelty to Animals is also known as the RSPCA.

Whether you’re setting up a small charity, or plan an income of more than £1m per year, your organisation will need to appoint trustees. These are the people who are responsible for operating your charity, and serve on the governing body. They might also be referred to as directors, board members, governors or committee members.

Not everyone is eligible to be a trustee, and there are legal requirements for who you can recruit. A charity should aim for a minimum of three unconnected trustees on their board with a range of skills and a wealth of relevant experience.

There is more detailed information about trustees here. 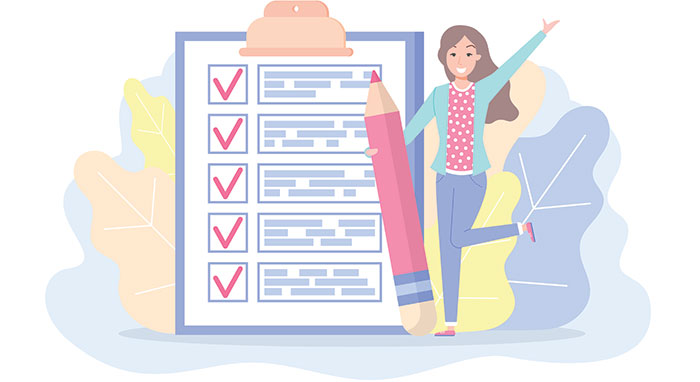 Starting up a charity is similar to launching a new business. You’ll need to write a plan for your organisation similar to a business plan.

This document will include information about your purpose, vision and values (see point 2) as well as more in-depth detail about how you plan to operate.

You must decide on the structure of your charity as the type of legal structure you choose will have an impact on how your charity is run. There are four main charity structures:

Each structure has various operational rules and guidelines, such as income thresholds, employing paid staff, and whether or not the charity has a wider membership. Read a more detailed explanation here.

Your plan should also include:

Your governing document is a legal document that sets out a number of rules and explains how your charity will be managed.

The governing document should include the following:

The contents of your governing document differ depending on your charity structure type. The government has helpful templates to follow for each type to ensure you include all the required information in the correct format.

7. Figure Out Your Finances 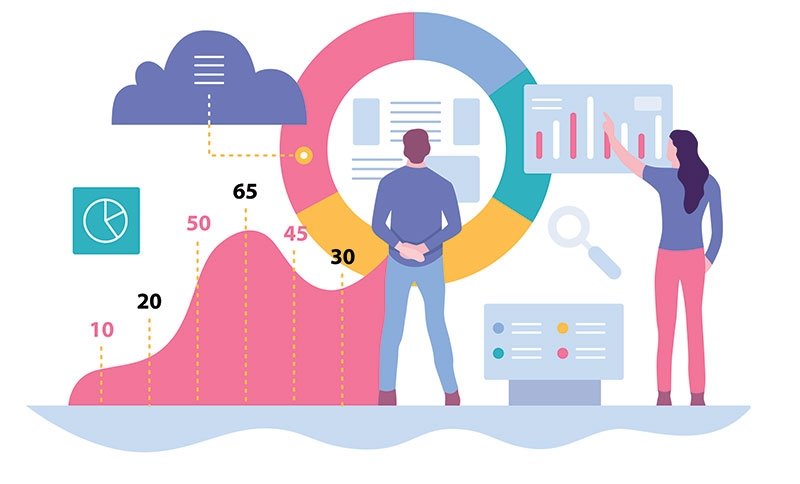 As part of your planning, you will have considered the money side of things. You need to approach your new charity’s finances as you would a business.

There will be an initial capital outlay when starting a charity, for example marketing costs, office rent, and registration fees. All these costs should be tallied in one budget. The final amount should then be covered by private funds, or by cash raised from external sources, such as grants.

You should also work out the first year’s operational costs and either have the cash raised in advance to cover these costs, or set out a plan for how you’ll cover them.

You need to ensure that your spending is efficient.

People donate to charities because they want their money to go to the ultimate beneficiaries and not into the business, for example to pay for employees, or costly marketing activities.

Develop a fundraising strategy that includes how you aim to generate support from others. This could be from community organisations or larger foundations that are relevant to your charity. It could also be from approaching individuals or smaller grassroots groups.

You should set a fundraising target for at least the first year and map out the tactics you’ll use to reach that figure. Research what other charities are doing to raise funds and brainstorm ideas with your trustees. 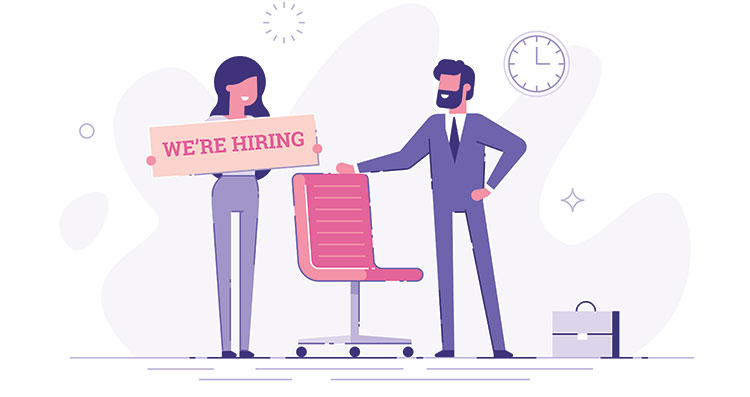 Most charities are staffed by volunteers, but often a charity has at least one paid employee. Trustees are generally unpaid, so you must set out clear roles and responsibilities for trustees, paid staff and volunteers to avoid any confusion.

Employing paid staff at your charity must follow the standard employment law. This includes pension rules, health and safety, and payroll requirements such as paying the minimum wage.

Recruiting paid staff can be managed in a similar way to finding staff for a business. This can include writing a job description, advertising the role in relevant media and interviewing candidates. You must also consider the onboarding process for new staff and ongoing training and development.

Volunteers aren’t paid for their time; however, they should be reimbursed for any expenses. Out-of-pocket expenses include travel, telephone costs if they are using their personal phone, and any essential equipment such as protective clothing.

You’ll also need to consider relevant insurance for your volunteers, and instigate a thorough vetting process. If your charity works with children or vulnerable people then each of your volunteers will need a DBS check.

Finding volunteers can include word of mouth recommendations, advertising, as well as listings on volunteer websites, such as TimeBank.

The government lists some helpful advice on charity staffing and volunteers here. 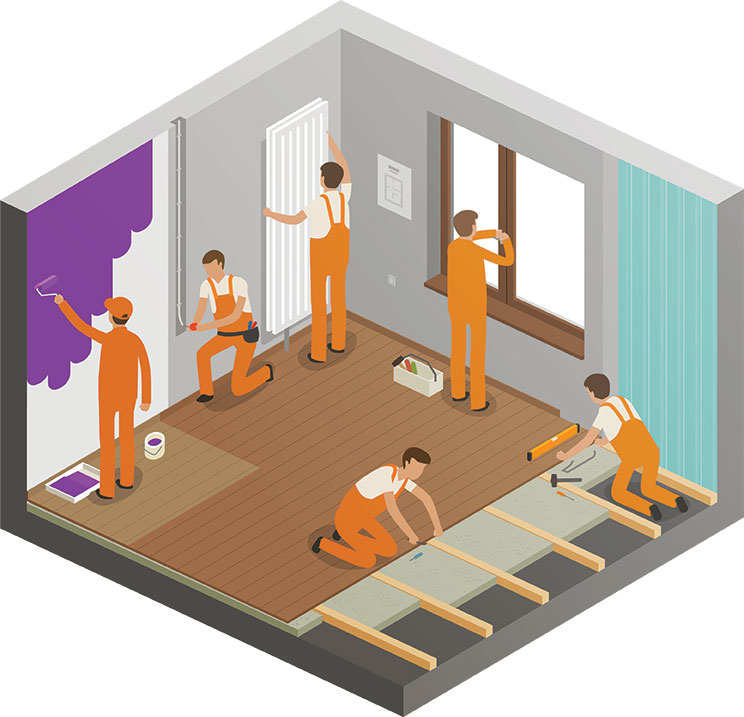 If you’re setting up a small charity, you might be able to manage it successfully from your own home. However, if you’re planning on employing staff, or need a space for volunteers to operate, for example a call centre, then you’ll need to consider the office space required.

You should first map out exactly what you want from your charity’s premises. For example, how much space you need, the number of desks that will be required and whether you need meeting rooms. You should also consider the accessibility, for example if there are nearby public transport links, and if it’s wheelchair friendly.

Premises will vary depending on your charity’s purpose and operational needs. Your fundraising strategy might be to set up a shop selling second-hand donated goods, or you might be supporting disadvantaged children through team sports and so need appropriate facilities and pitches.

Budget is also a factor when it comes to deciding on the perfect premises. Consider what you can realistically afford based on your budget and ensure you check if there are any additional costs, for example maintenance, service charges or refurbishments. You’ll also need to budget for insurance and utilities bills.

It pays to shop around to find the best deal. Ensure you check the length of lease to confirm you’re not tied in to a long contract period. Also, double check any break clauses and charges – for example, if you want to leave while still under contract.

The type of charity structure might also impact your premises search. For example, unincorporated charitable associations can’t employ staff or own premises. There are also rules for when you use property belonging to a trustee.

9. Register with the Charity Commission and HMRC

The Charity Commission is a non-ministerial government department that registers and regulates charities in England and Wales. If you’re starting up a charity in England or Wales that will have an annual income of at least £5,000 or is a charitable incorporated organisation (CIO), then you must register. (There are different rules for Scotland and Northern Ireland).

You can apply online here and will need the following:

You’ll also need to give your charity’s:

Regardless of size or structure, you can register your charity’s information with HM Revenue and Customs (HMRC) to get tax back, including on Gift Aid donations. 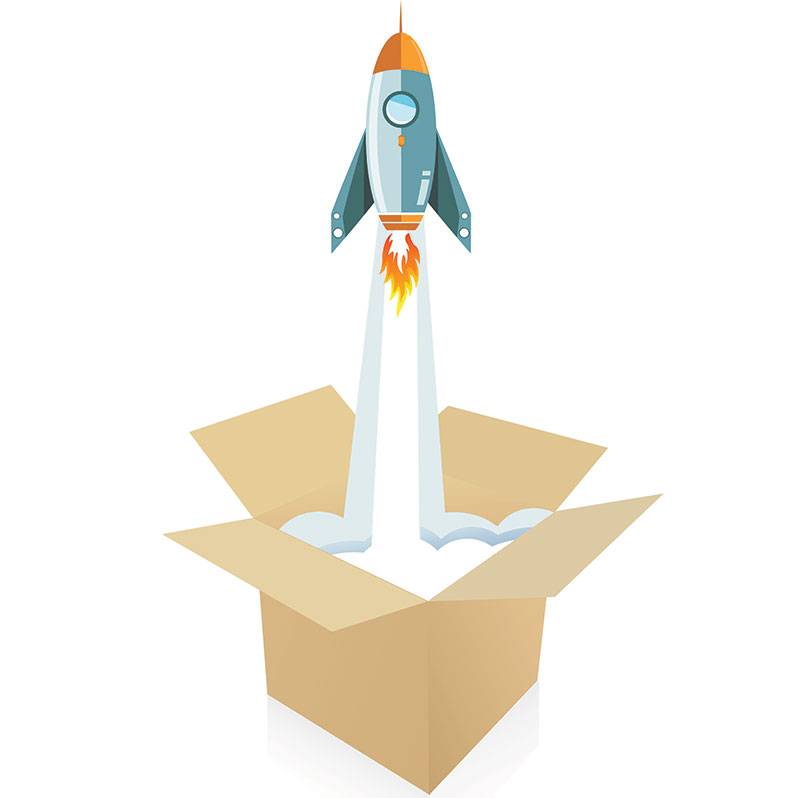 Starting a charity is a big undertaking and requires boundless passion, motivation and dedication. There is also much to do and it’s easy to get overwhelmed. Following our ten-point plan should help to break up your to-do list into more manageable tasks.

Keeping on top of your finances is incredibly important, especially in modern times. There are so many subscriptions to keep track of these days, it’s hard to identify which services you are still being billed for but no longer use. If you’re trying to figure out how to cancel a Direct Debit, or your responsibilities […]

For many self employed individuals, establishing a reliable cash flow is pivotal to making their small business work. As a result, mastering the art of invoicing is not just good to know, it’s business critical. To help you invoice like a pro, we’ve created the following easy to follow guide. Learn what your self employed […]

Starting A Charity: A Simple Guide
Ryan Gray
This site uses cookies to improve your experience: Find out more.
We'll stop supporting this browser soon. For the best experience, please update your browser.